On Putting Myself Before the Glorified Hustle 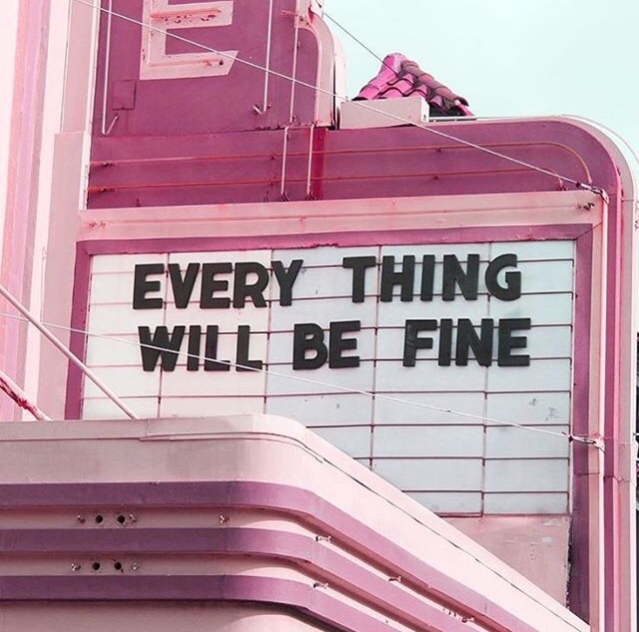 When I was at my last job, I developed a stress twitch in one eye that didn’t go away for months. Apparently this is considered “common” and “normal,” but having never experienced it before, I was a little freaked out and concerned. One, because my quota of insecurities has been filled—I know them all well and would prefer not to add to the load. Two, because if my body was reacting in such a dramatic way to stress, for the first time ever, was this perhaps a sign that my current state was unhealthy? Obviously, yes—but given the reactions of most people (e.g. “Oh, yes, that happens to me from time to time. It will go away.”) it’s really just seen as par for the course. The course, of course, being one’s career, success, what-have-you. And at 25, I’m considered in the thick of that course—sprightly, determined…too young to feel “burnt out.”

When I leapt headfirst into a new job, I ignored the queasy feeling in my stomach, the nervous energy telling me I needed a break. I knew I was uncertain about what I was doing—serving the Internet’s fashion supply—but I ignored myself in favor of the easier pretense. I should be so lucky to follow this path, I told myself over and over, hoping to eventually believe it. Outwardly, it was exciting, but when people congratulated me or inquired more about it, I felt almost resentful—now I had to feign my excitement, too.

What I really wanted, instead, was some time to step back, to focus on my health, and to reevaluate what the hell I was doing. Unfortunately, that doesn’t pay the bills, or lend itself to much “understanding” from the outside world. No, it’s often seen as lazy, indulgent, or misguided. Not knowing what you really want to do—which is so omnipresent when you really dig around—is a modern-day scarlet letter, a burden for the weak to bear.

So I continued on, adding new layers of stress to my life and keeping my fingers crossed that, with time, they would dissipate. The new constellation of cystic pimples on my face (a lovely breed directly related to your stress hormones) hinted that that would not be the case, nor did sleepless nights and days following them where I felt like a zombie pulling teeth just to get through the day. I had no time for family and very, very little time for friends, because any time not at work was still spent working or trying to replenish my empty tank. The company, being in a transitional phase, was also quite dysfunctional—making matters that much worse.

Rather quickly, I reached the boiling point that I’d been building to for months. My whole body felt as if it was refusing my lifestyle—it just wanted me to slow the fuck down, and, finally, I’ve decided to listen. I’ve listened despite “what it looks like,” despite giving up a cool title at a cushy place, despite the nice paycheck, despite being “only 25” and “in the thick of it.” The way  I felt myself finally won over the way others might see me.

How do I explain walking away? Taking a break? With all of the above, yes, but beyond that, with the simple fact that it’s my life—and a life that I want to take control of. A life that I’ve known for a while is heading down a path that my heart’s not in, and one that’s been stressed as hell at its mercy. Yes, I grew up dreaming about this career path, and everyone around saw it as “the right fit” for me, but fashion is fantastical when you’re 13—the reality is less idyllic. You have to be willing to take a perpetual shit stream of ridiculousness, pomposity and superficiality—and I guess I just grew sick of the stench. I couldn’t pretend that what we, collectively, were doing was as important as the meltdowns and dramas it often resulted in from those around me. I also couldn’t pretend that it was fulfilling, not in the way that writing about other things (or even critiquing fashion) is for me.

But I felt a lot of shame about walking away—that it’s a poor reflection on me as a person, or “a bad look” that will render me un-hirable forevermore. That fell away last night when I had tea and a goodbye chat with the CEO. I went into it a ball of nerves, expecting to be lectured on the “best practices” of not being a total career fuck up, and walked out, instead, feeling really justified and proud of my decision. It helps, of course, that he’s a great person, and is aware of his own company’s faults. But when I told him, point-blank, that I just couldn’t “hustle” the way they needed me to right now, or deal with the industry’s chaos, he told me it was admirable and brave. I know that I will continue to doubt this—that I will have moments of berating myself for my inability to just suck it up… dysfunction, stress twitches and all. But, perhaps, being well-rested, pimple-free, and a little more calm will help me get through that?

What are your thoughts? Cancel reply

Donate to this labor of love?